When a strawberry mark first appeared on three-year-old Marko’s lower body, it wasn’t too concerning. His parents, Samantha and Aleks, simply kept an eye on it.

But when he was five the mark started growing at a faster rate – coupled with his identical brother not having anything like it – his parents started to worry.

After doctors biopsied Marko, they diagnosed him with arteriovenous malformation or AVM - an abnormal tangle of blood vessels connecting arteries and veins, which disrupts normal blood flow and oxygen circulation.

“It was like Marko’s veins and arteries had gone wild beneath this growing mark. Unfortunately, when the blood vessels are close to the skin it can cause ulcers, which over time became so painful for our little boy,” said Sam.

Marko was then in and out of Hospital, spending about two months in total as an inpatient over 7 months. Part of Marko’s treatment included surgery – he had twelve surgeries in seven months. For Marko, the thought of that first surgery was incredibly frightening. 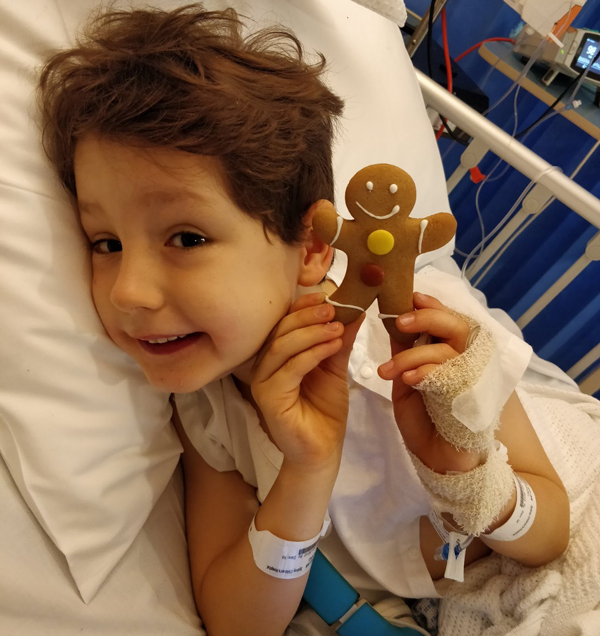 This is when Kirsty from Child Life Therapy came in.

“Marko first met Kirsty when he was going into surgery and she did an amazing job of distracting him when he was so frightened. Then she came back to see us quite often to help Marko and us cope with treatment,” said Sam.

At one point Marko had to take 22 tablets a day which was really difficult for a little boy. Kirsty worked with him to teach him how to do it, reducing his anxiety around medication time.  Dressing changes were also particularly traumatic due to the ulcers causing Marko intense pain.

To help manage the pain, Kirsty helped Marko focus on the things he loved like maths problems, stories and sensory toys. She explained that focussing on these things would help distract him from the pain so it would be more manageable. She also introduced other techniques to help him coping overcome his aversion towards anaesthetic masks before surgery and catheters.

“Marko had a catheter in his tummy, which absolutely terrified him. But Kirsty worked with him to help him overcome his fear. First, she suggested to give his toy Bunny a catheter. Then using a reward chart system, she encouraged Marko to help Bunny with his catheter, slowly graduating to Marko using his own comfortably,” said Sam. 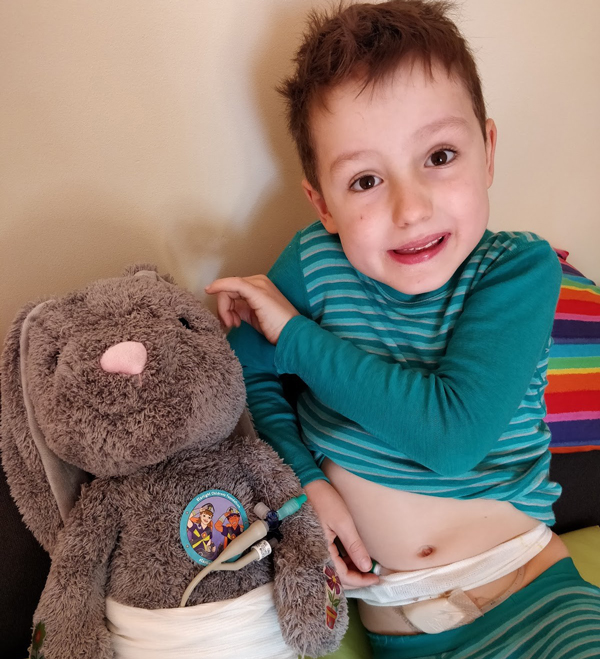 Marko used to panic when it was time to put on an anaesthetic mask before surgery. Kirsty suggested that he choose a scented lip balm and rub it on the inside of the mask before he put it on. This meant he could smell something nice instead of the anaesthetic gas. “It distracted him, and gave him a sense of control in a scary situation,” said Aleks.

Marko’s condition will require lifelong monitoring and likely further treatment in the future, but for now he is doing incredibly well. He’s back at home and he’s an active little boy who loves climbing trees, being with friends and playing football. After missing a whole term of Kindy, he was anxious to go back to school. But, with the support of his parents, grandparents, hospital counsellors and his teachers, he overcame his nerves and settled back in.

Marko now wants to return the favour and ensure all kids receive the same standard of incredible care. During each visit to Sydney, he pops into Child Therapy with his parents, and often drops off a bag of sensory toys to help other kids who have to deal with pain and scary procedures. He hopes they will provide the same comfort as his Bunny.

“As a parent, I felt physically hurt to see Marko scared and in pain. The distraction and comfort Kirsty and Child Life Therapy provided to all of us was amazing,” said Aleks.